Also known as the one with the Tartan! 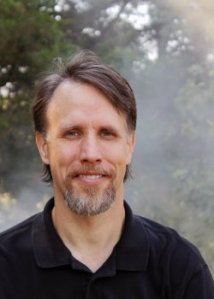 This week we had Robert Treskillard as our guest. He’s a swordsmithing writer of Merlinean and Arthurian fantasy. His latest book is Merlin’s Nightmare.

When we weren’t fighting with squeals, snarls, and bad connections we discussed how to give characters authentic names. The mythology of Merlin was discussed and theories about Stonehenge flew! (And on the bad connections issue, you will not notice it as our guest graciously re-recorded all of our bad patches–and trust me, if you’d heard the raw file, it was BAD. We wouldn’t have been comfortable putting that out for public consumption, so thank you so much, Robert!)

Robert’s answer to our superhero question broke a trend, and drew some oohs and aahs from your dedicated hosts.

Due to the above mentioned snarls, we were only able to record one half of our normal podcast. We hope to catch up with Robert again in the near future to discuss his writing process. So stay tuned for that!